Regenerative Sciences Institute’s primary goal is discovery of a means to transform aging into a benign process.   To this end, RSI focuses on discovering the key biological processes that underlie aging.  At the same time, we are developing novel biotechnology to re-engineer complex biological systems, so that humans eventually can be rejuvenated, that is, returned to a more youthful, disease-resistant state.

Evolution has allowed some complex organisms to reproduce without sex, conferring a kind of immortality to their bodies, or “soma”.  These organisms use advanced regeneration capabilities to replace aging body parts as needed. We are studying one of these immortal multicellular animals, the planarian Schmidtea mediterranea, our closest cousin with near unlimited regenerative potential.

RSI is developing the means to reprogram human cells to achieve enhanced regeneration with the ultimate goal of rejuvenating humans, which we call rejuveneering for rejuvenation engineering. To this end, we are genetically engineering planaria to have conditional aging phenotypes. Such planaria can be switched from an immortal state to a mortal one, and back again, in order to identify the precise biological circuits involved in their immortality.

At the same time, we are studying cells that have the potential to become any other type of cell (pluripotent): embryonic stem cells (ES) and induced pluripotent stem cells (IPS) in mammals with the goal of re-engineering these cells to act more like the planarian’s pluripotent stem cells, called neoblasts. The main difference between neoblasts and ES or IPS cells, is that neoblasts act in a well-behaved manner in the body, and identify and rebuild needed structures on demand or replace cells that are damaged or old.  Unfortunately, mammalian pluripotent stem cells (ES or IPS) are not programmed to repair damage, instead they try to recapitulate early development when placed into the body. Although ES or IPS can be instructed by an appropriate combinations of factors to differentiate into one or a few differentiated cell types, such as heart or muscle, ultimately, they lack the necessary cellular logic to identify, remove and replace aging cells. 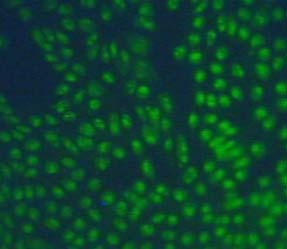 We are identifying how neoblasts and cooperating cells in the planaria identify, remove and replace old cells.  We are particularly interested in mechanisms beyond those that are involved in planarian reproduction: in which a planarian simply attaches to a substrate and then physically breaks its bodies into halves, with each half then regrowing a new younger half.  Our key effort at this time is to establish ectopic engineered gene expression in planaria to enable CRISPR genomic engineering.  Surprisingly the molecular biology of this important model system for regeneration has not been developed.

Development of synthetic biology techniques to enable reprogramming of mammalian somatic cells to carry out functions similar to planaria neoblasts is a major  goal of regeneering, and a key long-term research goal of RSI.  Dr. Mendelsohn leads a team dedicated to achieving this very important goal.

A second goal of aging research at RSI is to identify how the instability of the differentiated state leads to age-associated dysfunction.  Recent work suggests that aging involves not so much an accumulation of cellular damage, but rather an increase in cellular disorganization, especially of the regulatory circuits that control cell identity and specialization.  Using synthetic biology circuits, we can instruct old differentiated cells to redifferentiate into younger rejuvenated versions. There has been great interest in trans-differentiating cells from one type to another, for example, fibroblasts have been transdifferentiated into neurons and cardiac cells. However, for rejuveneering we are interested in cis-differentiation – reprogramming a cell to remain the same cell type – but with new reorganized regulatory networks, so that it functions as a young cell.  We believe that this approach will bear fruit before regeneering, because the knowledge needed to cis-differentiate cells is available, allowing reversal of age-associated dysfunction in the near future. What is needed are tools to make this process efficient.  Thus, we are developing new molecular tools to rejuveneer differentiated cells.