Return to Classical Laissez-faire Science
Although RSI offers a variety of free educational programs, it is our Undergraduate Fellows Program that best exemplifies the quintessential RSI vision. The RSI Undergraduate Fellows Program evolved from the personal experiences of its founders –  laissez-faire science.  We challenge our fellows to do something extraordinary and then give the freedom and resources (to the extent possible) to proceed.   Fellows are given the freedom and independence to develop their own vision and personal scientific style– with guidance close at hand when needed or asked for.  We wholly embrace Physics Nobel Laureate Andre Giem’s philosophy.

“Curiosity-driven research. Something random, simple, maybe a bit weird—even ridiculous. Without it, there are no discoveries.” – Andre Geim, Nobel Prize in Physics 2010

Giem is the only Nobel Prize winner (for discovery of the wonder material graphene) who also won an Ig Noble Prize (for levitating living frogs with magnets).  Giem is not afraid of ridicule or willing to temper his creativity.  With great risks, great rewards are possible!

The RSI undergraduate fellows program is designed to specifically allow undergraduates the  opportunity to pursue an independent, or group project. The program begins with the immersion/incubation period, when fellows learn wet lab techniques, judicious use of the scientific literature, and survey the breadth of the scientific landscape. Ideas incubate and begin to take shape.  Armed with their newly acquired scientific knowledge, fellows embark on a question or problem that inspires them- the  formulation period.  The process is as much a pedagogical experience about scientific research, as it is about self-discovery.  Because our fellow’s scientific naiveté persists, the incubation period often extends out to near the end of the program, when everything coalesces. Although the minimum fellowship period is 6 months, those who have benefited the most from the program continued for well over 18 months. Traditionally, to become semi-independent in science requires years in graduate school and then post-doctoral work.  In comparison, our fellows achieve this in an accelerated time frame.

The development of a refined scientific acumen, beyond a mere dalliance with the scientific method, requires constant sharpening and enough time, independence, and buffering from the culture of conformity to develop the scientific skill set to ask insightful questions, pose and then validate key hypotheses.   Fundamental discoveries do not result from the contemporary, highly popular, and derivative “plug and play” research style, but rather from true exploration of uncharted waters.  What you sow is what you reap. Although programs such as iGEM may pay lip service to accomplishing these lofty goals, sufficient time, resources and inherent system design remain limiting.  Even our own program suffers from insufficient time for our fellows to reach maturity.  Thus, we propose a true back to the future Bio 2.0 science pedagogical approach, where science is conducted as it was in the classical era, but using the power of modern technology and communication tools.

Of our former fellows, three are currently enrolled at MD/PhD 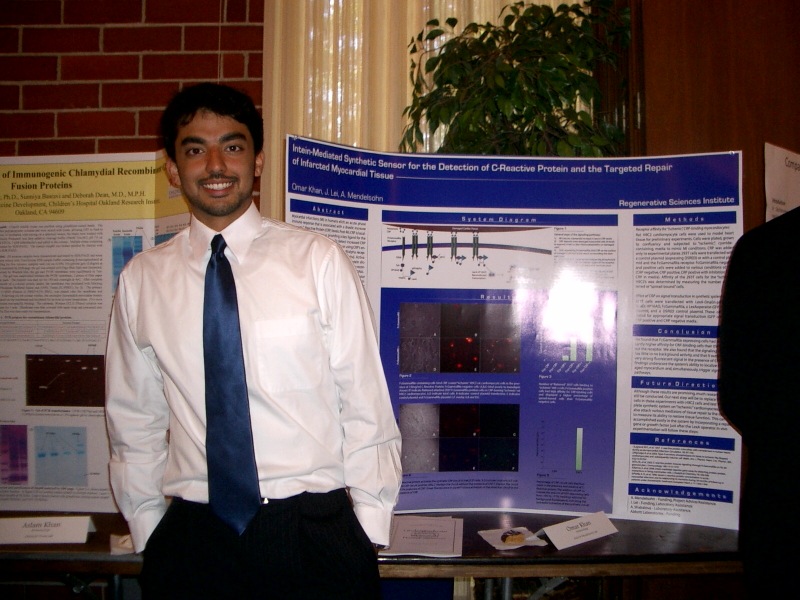 programs at prestigious medical schools.  We have great expectations for our fellows’ futures.

“The learning experience at RSI is incredible. I felt like I truly understood what it meant to do research, and design experiments, and what a great lab environment can be.”
–Hugo Decker- Weill Medical College of Cornell University, Memorial Sloan-Kettering Cancer Center and Rockefeller University MD/PhD Program

“I have a passion for research because I get to sit on the edge of scientific discovery. The edge may be precarious at times, but by collaborating with colleagues, being creative, and not giving up, incredible things can ultimately be accomplished.”
-Jack Tung – Medical College of Georgia MD/PhD Program